Over the past few weeks, I’ve talked a lot about packing – how to prep, what to bring along, and what I can’t live without when I travel – I started with packing because, honestly, I have a love/hate relationship with the process. I know it’s super necessary to do the legwork because I know that it’ll help me be more prepared when I’m out and about, but I also dread making those lists and narrowing everything I want to bring along down to those essential items. That being said, friends, I have learned from experience just how integral it is to pack things up properly!

As you can probably tell from the title of this post, I have certainly neglected to pack necessary items on some of the trips I’ve taken – not my finest moments. I’m going to tell you about one of those moments – prepare to laugh at my mistakes (and learn from them).

With a lovely student in Choma, Zambia. FYI: those aren’t my pants.

In August 2011, I travelled to Zambia, Africa for my practicum in Conflict Resolution Studies. I was a member of an audit team that was reviewing  a development agency’s programming in various parts of the country – I got to conduct interviews with important stakeholders, meet with amazing people (including a Nobel Prize-winning scientist!), and experience a whole new culture. It was one of the coolest trips I’ve ever been on.

To prepare for my trip, I had to do a lot of research – but the purpose of my research really had nothing to do with preparing to go to Zambia…it was all about preparing to do the practicum work I would be doing. I did a few academic assignments, got my immunizations and malaria pills, and read up on the NGO I’d be working with, but I didn’t spend a lot of time considering what to pack.

Closer to my departure, I asked the professor I was travelling with about cultural considerations while we were in Zambia, and this older gentleman told me to pack long skirts and dresses, because that was the required apparel for women. I went to Forever 21 and tried on every maxi dress in the store (shout out to my friends Darcy and Kaeri for putting up with hours and hours of dress shopping!). After trying on piles of dresses, I came away with one that was deemed appropriate, and it, along with a few long skirts I already had, became my wardrobe staples for the three and half weeks I was on my trip.

I took what my professor told me as absolute truth and didn’t do any other research. When I arrived in Zambia, my mistake was slowly but surely revealed. Zambia in August is chilly in the morning and evening, and mild during the day – the seasons are on a different schedule, so August is really springtime, meaning it was a lot like May in Winnipeg (in fact, the weather in Winnipeg was nicer than in Zambia). Basically, it was a bit brisk for dresses and skirts. And true story, I noticed that most women I met and saw wore jeans. Yep. The two other women on the review team wore pants every day. Both of them were African (one, a Congolese woman who was the NGO rep for Tanzania, and the other, a Zambian government official).

I was kind of peeved that I didn’t have any pants to wear, really I was. But what can you do? I went on as usual, pretending my outfits were on purpose and that I wasn’t freezing cold in the mornings.

But, apparently, my lack of pants didn’t go unnoticed. On a particularly nippy morning, the two women on my review team approached me and asked why I never wore any pants.

“You must be freezing  – why don’t you wear pants?” They asked. I replied that I didn’t really have any pants along that were appropriate (I had pjs, some sweats for flying, and tights for under dresses).

“Oh, well, why didn’t you come prepared?” (A trademark trait of both women = blunt honesty).

So I told them how I had been advised not to bring any pants along, and how I was instructed to bring long dresses and skirts instead. Much to my surprise, these women were kind of outraged…on my behalf. They were upset that the information I had been given was super outdated – they pointed out that they themselves wore pants almost daily, and that most young women in Zambia wore pants…pants were the norm. Yay modernity! Boo false information!

Needless to say, I felt pretty dumb! Long story short, the lovely ladies I was travelling with took pity on me, and one loaned me a pair of her pants for the rest of the trip – so kind, so funny.

Those pants came in handy more than once – as the youngest on the team, I was often booted to the back of the truck for long drives and jeans were preferable to a dress! Only while travelling can you borrow pants from a total stranger and it be totally okay.

Moral of the story, my friends? Do that preliminary research before you start packing, and make sure that you always pack some pants (even if you think you won’t need them!). Also, make friends with strangers – you never know when you might need to borrow a pair of pants.

Until next week, stay well.
Katrina

Chad, Kaeri, and I in Barcelona. I love this photo!

My bestie and I in Bad Reichenhall

Kaeri, Kathy, Ramona (another friend we made while on German Exchange), and I in Friedrichshafen.

Kaeri and I visiting our German Exchange Students, Sümi and Kathy, and some other friends, in Munich.

With a lovely student in Choma, Zambia. FYI: those aren’t my pants.

Kaeri and I celebrating a birthday in India

Chad, Brayden, Kaeri, Jerras, and I at the Metropol Parasol in Seville, Spain.

Me and my fam in Florida! The biggest kids at Walt Disney World. 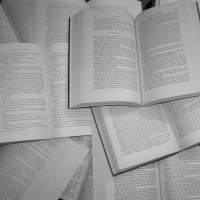 The ultimate guide for independent travellers seeking inspiration, advice and adventures beyond their wildest dreams

It's time to get hella serious about writing!